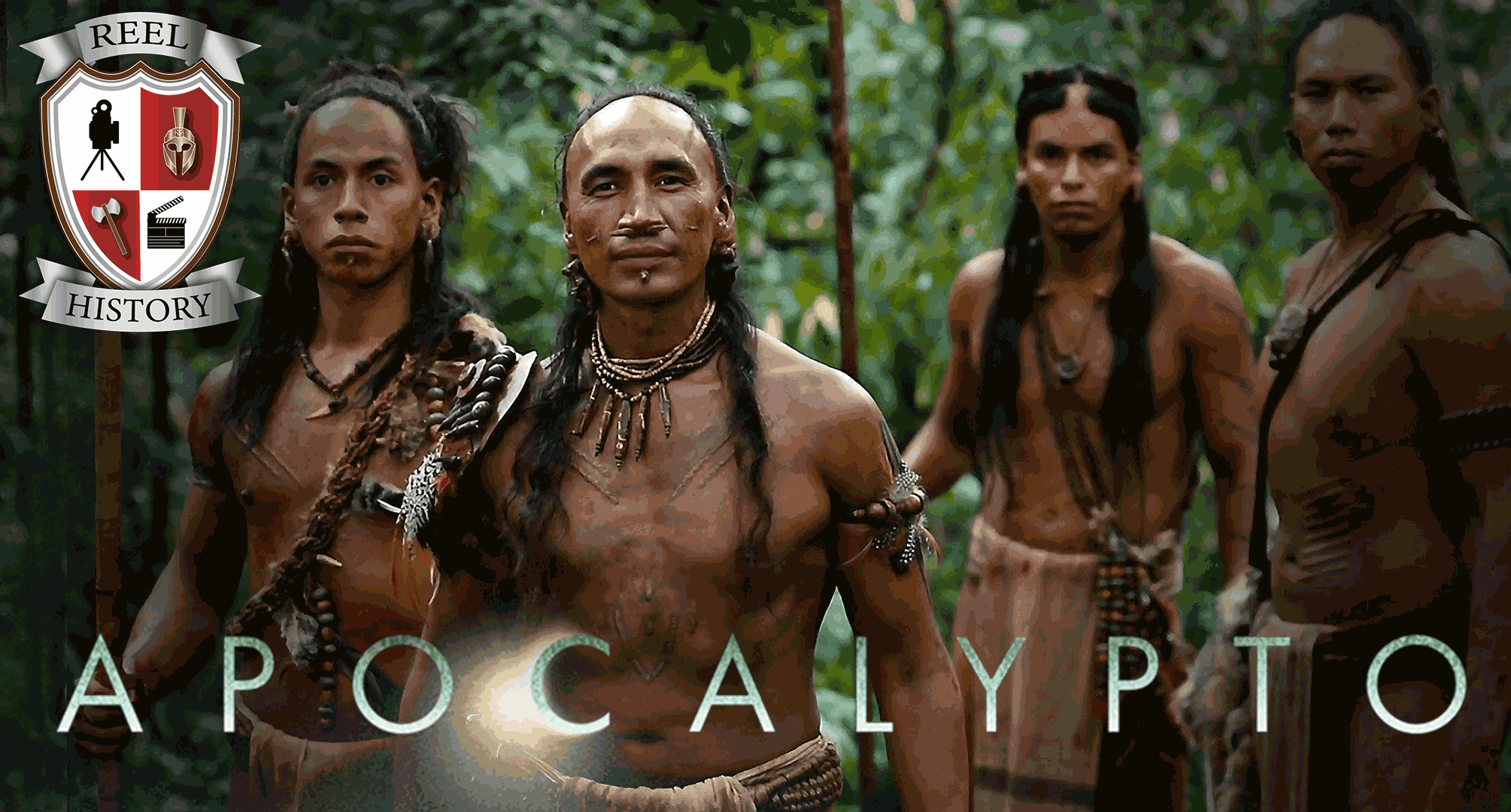 Welcome to episode 2 of season 2 of Reel History! 🎤

This week we dust off our mics, clear our throats and try not to choke as we digest the 2006 smash hit ‘Apocalypto’.

Mel Gibson delivers a heart thumping tropical jungle chase that is one part Rambo, one part Predator with a double serving of his trademark dollop of historical inaccuracy.

Set in early 1500s pre-Spanish Yucatán Mexico, we follow our hero Jaguar Paw (Rudy Youngblood) as he seeks to reunite with his stricken family, crossing a Mayan world in the midst of violent end-of-days chaos. Hot on his heels are a bunch of vicious assassins led by Middle Eye (Gerardo Taracena) and the wily Zero Wolf (Raoul Trujillo) who are determined to hunt Jaguar Paw mercilessly across a beautifully shot lush but perilous landscape.

Sounds great right? Well, not exactly. Whilst the film delivers on many fronts, Mel’s crimes against historical accuracy have never been so grave! Tune in to find out how bad did he mess it up.

Given this hiccup we decided to explore what was really going on in the valley of Mexico when in 1519 the Spanish pitched their tent on the turf of the powerful Aztec / Mexica Emperor Montezuma.

Join us as we cast an eye on a moment often heralded as the ´birth of modern history’. We find out how the infamous Hernan Cortez and his ragtag army used shock and awe tactics and good old fashioned treachery to bring this complex, sophisticated civilization to its knees.

On this whirlwind adventure we discuss everything from the Maya, the Aztecs, the truth behind human sacrifice, astronomical prophecies and how Cortez and his companions famously ´suffered from a disease of the heart that could only be cured by gold’. All this with the bonus of listening to Michael struggle to pronounce words like Huitzilopochtli and Quatzalcoatl in a Irish midlands flat accent.

Sources
“Conquistador: Hernan Cortes, King Montezuma, and the Last Stand of the Aztecs ” by Buddy Levy