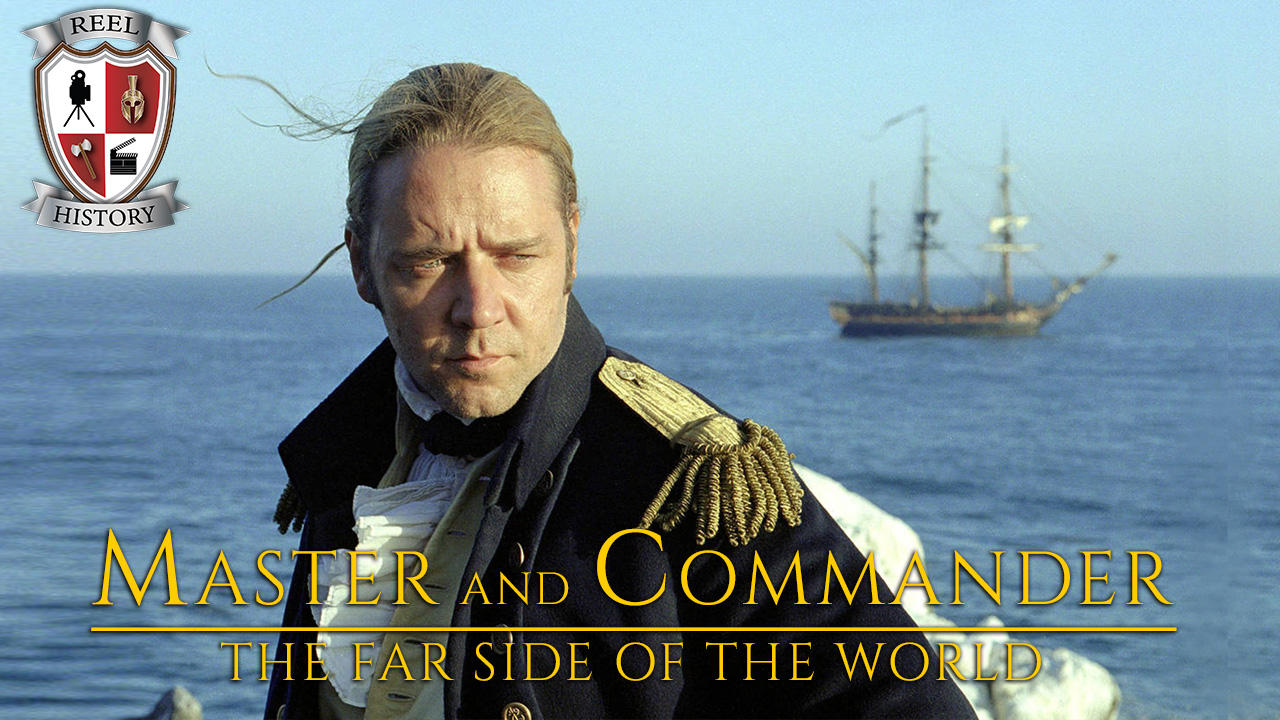 Welcome aboard for episode 4 of Reel History Season 2!

To quote Jakob – “this week we’ve gone nautical, lads” ⚓️ so all hands on deck as we man the canons and survey the horizon for dark sails 🏴‍☠️ in the epic period war drama “ Master and Commander: The Far Side of the World” (2003).

Although it’s got Russell Crowe as the gregarious Captain “lucky” Jack Aubrey, this is far from just Gladiator on the sea. Peter Weir delivers a tense ocean-spanning, cat-and-mouse chase which immerses us in the claustrophobic, choppy waters of life on the damp and cramped – HMS Surprise.

This charming, critically acclaimed film is drawn from Patrick O’ Brian’s Aubrey Maturin novels. It contains a heady mix of explosive naval battles, deception, sea shanties, violin sessions and even a weird and wonderful stop off at the Galápagos Islands.🐢

Set in 1805, all this is of course just a back drop to the wider global battle for supremacy between Britain and its allies against French dominated Europe. Napoleon is gearing up to carry out a naval invasion of Britain with 167,000 French troops hastily brushing up on their English to invade Kent at a moments notice.

Join us as we discuss this fight to the death, real life on a ship, Napoleons dastardly plans, the “Great Terror”, Trafalgar and much more as we learn why Admiral Nelson famously said ‘ I never trust a Corsican or a Frenchman’.