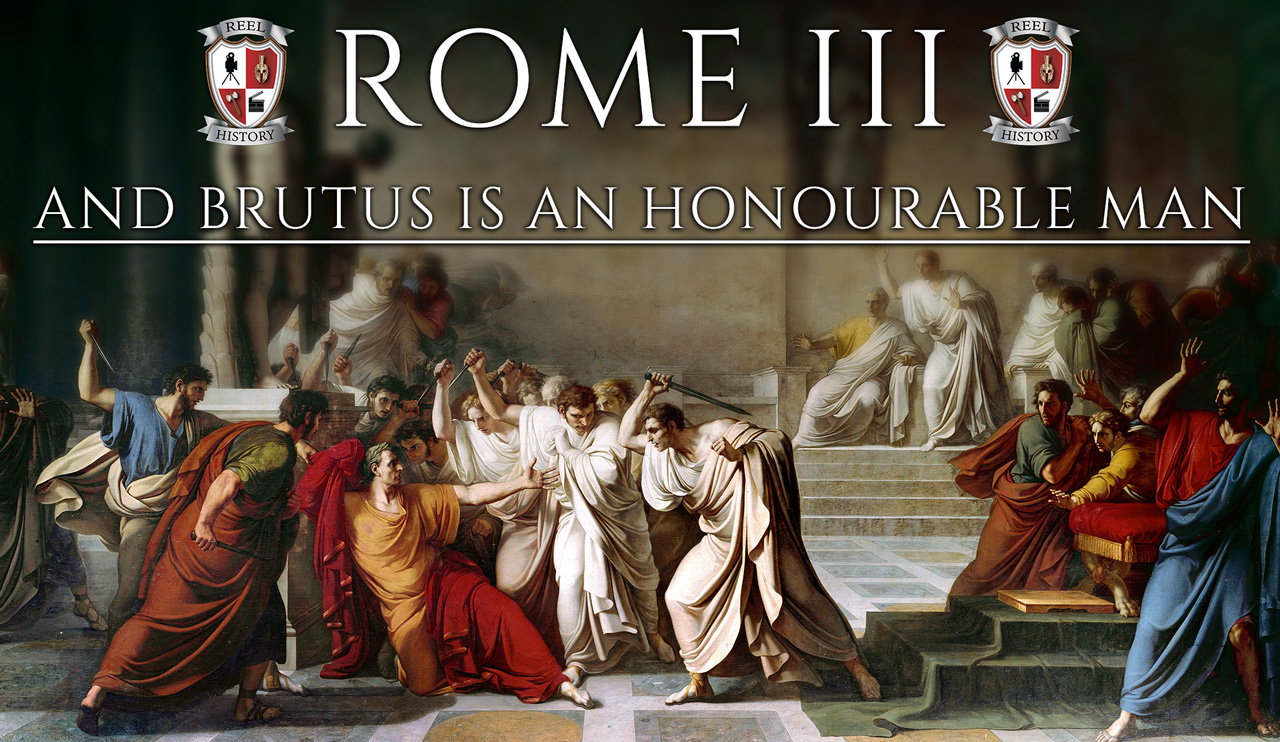 Friends! Romans! Countrymen! Lend me your ears! I come to bury Caesar, not to praise him. It’s episode 3 of our coverage of HBO’s ROME, starting in on the second season – and the Republic hangs by a thread. The Great Julius Caesar is dead, the city is in shock. What next?

Join us as we discuss the fallout of Caesar’s death, and the figures that tried to fill his considerable void. A grand conspiracy of senators led by the Epicurean Cassius formed around Brutus, son of Rome’s first family while Mark Antony and the Caesarian loyalists seem to be on the ropes. Surely the conspirators will push their advantage and dismantle the Caesarian revolution… right? All will be fine and the Republic restored… right?

Michael waxes lyrical about his hero, Marcus Tullius Cicero. Done a disservice by the show, Cicero rose from provincial obscurity to be one of the most important figures in all Roman history. The show portrays Cicero as conniving, snivelling and weak and frankly, Michael is not impressed.

Mark Antony comes to the fore, stepping in to lead Caesar’s faction in the wake of his mentor’s death. We discuss how Antony rose from ne’er do well to right-hand man of Caesar. Ever the opportunist, Antony didn’t have to be asked twice when it came time for Caesar’s funeral oration. He knew this was a tactical blunder from the conspirators and seized the opportunity to remind the mob of their love for Caesar, framing his death as a blow stuck to the mob by these supposed ‘nobles.’

Brutus and Cassius had believed they would restore Rome by removing the demagogue and defanging the mob. But Antony knew the truth – Rome is the mob.

The battle lines are redrawn. It’s the self-styled Librators against the Caesarians with the fate of Rome in the balance.