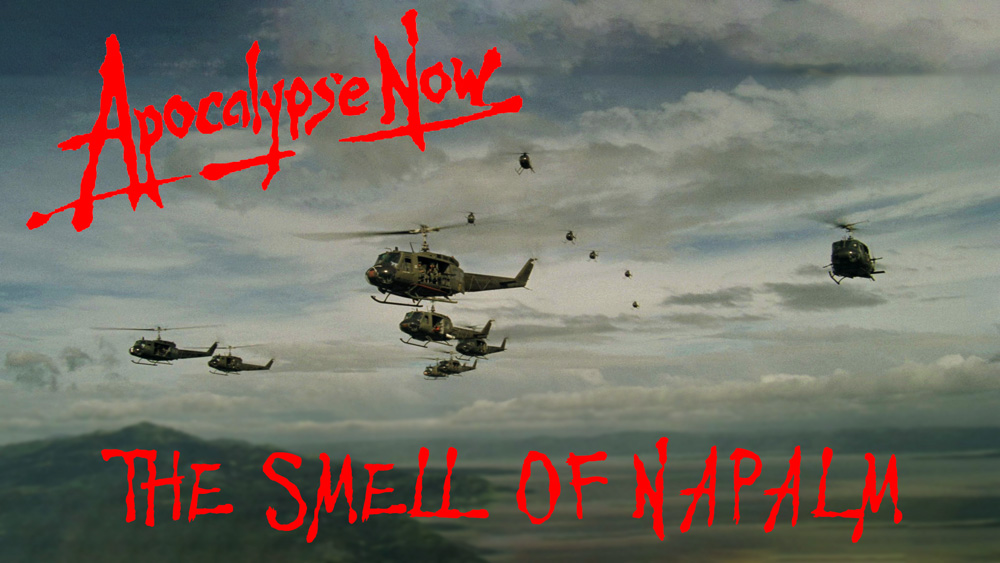 Do you love the smell of napalm in the morning? It’s episode 9 of season 3 of Reel History and much like the Americans we have been bogged down in the dense jungles of Vietnam!

Last episode Michael gave you a whistle-stop tour of Vietnamese history, leading all the way up to the period that saw it step onto the world stage as the latest and deadliest theatre of the developing Cold War! We continue our examination of Coppola’s crazed adaptation of Conrad’s famous novel, its peace brokering and warmongering alike as the violence escalates.

Vietnam has already seen off the French Empire, a French Republic, the Japanese Empire, varying Chinese Empires and a whole host of other thing besides. Ho Chi Minh is well entrenched in the North and as tensions escalate within the country, the Americans get involved. Perhaps expecting this to be like a sequel to the recently ended Korean War, they swiftly find out that this is a country and a war like no other.

But things were not okay at home for the Americans- we dig into the context around why they would get involved in the first place and what this ill-thought-out war would do to the American culture already fanning the flames of social war as great civil rights leaders step forward. Lyndon Johnson, John F. Kennedy and Richard Nixon all struggle to contend with the escalating carnage in Vietnam.

Has anyone called Henry Kissinger?

Strap yourselves in for Rolling Thunder, it’s Apocalypse Now part 2.