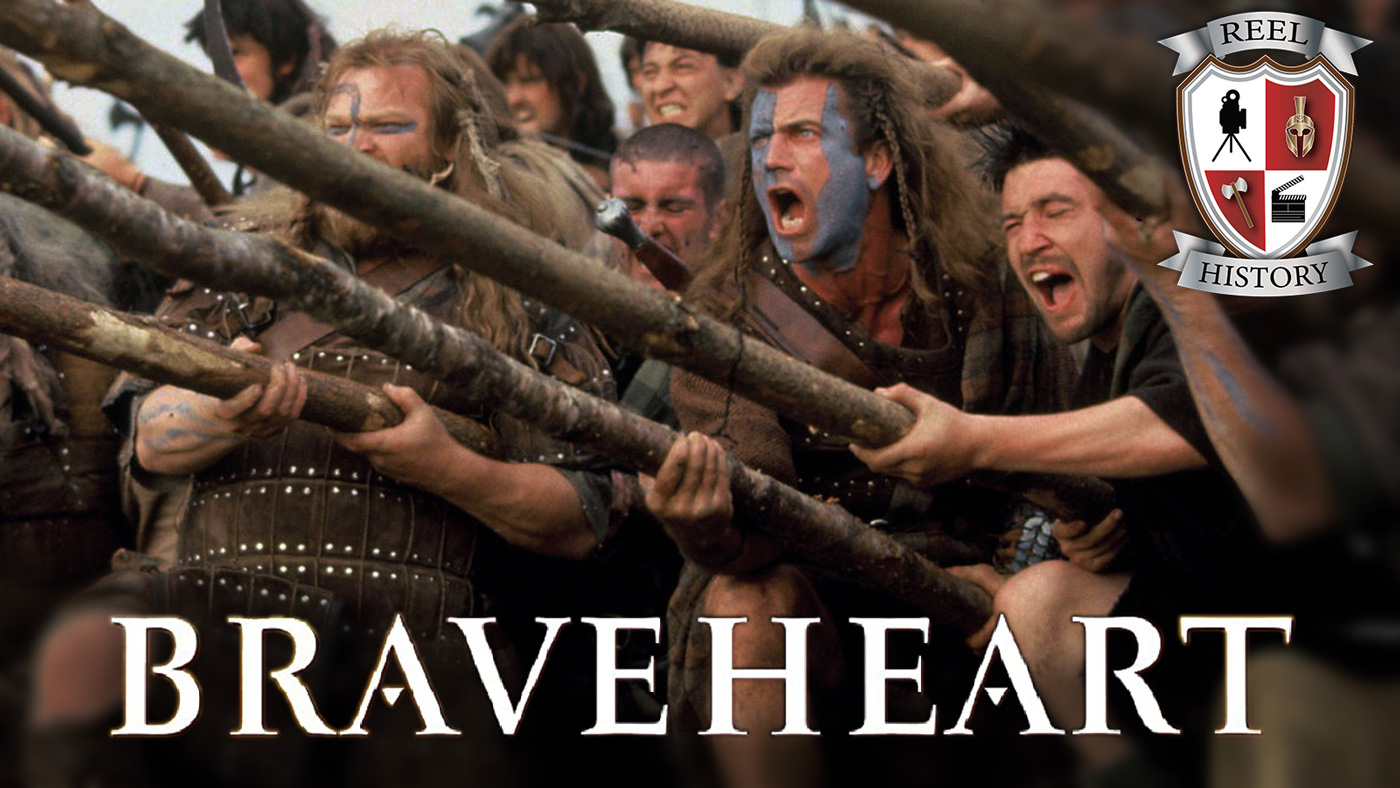 Welcome to Season 3 of Reel History! We’ll be releasing 10 new episodes, aiming for a bi-weekly releases on Thursdays. Follow @reel_history on Twitter to find out what historical films/shows we’re covering in advance so that you can watch along with us.

We’re back, and it seems that nobody is safe from the inaccurate madness of Mel Gibson. That’s right, in our first season 3 episode we’re finally talking about Gibson’s opening gambit in the field of ahistorical epics — Braveheart.

Michael barely contains his ire as his nemesis (Mel Gibson) turns his gaze to the Scottish Wars of Independence. In a ludicrous portrayal of Scotland’s national heroes and villains we go on a trip through Scotland’s struggle for independence against the evil English. Wallace starts off inaccurately as a simple subsistence farmer and fights his way through the wrong years before ending up as an icon of Scottish national sovereignty. From living in a mud hut for some reason and wearing a Kilt from the wrong century to gathering a rabble of followers who have never seen a bath to boldly facing down the English royal army in inaccurate battles at the wrong sites using the wrong gear while wearing blue face paint that is from a mere 1200 years ago.

Join us as we discuss this muddling of the timeline that’s enough to give Doc Brown a headache and see can you make out the hushed rage under Michael’s voice as his archenemy butchers another historical period! Who was the real Wallace? Who was the real Edward I? Who the hell is Andrew de Moray and why is he always ignored for gods sake he’s so important, somebody pay attention…. Ahem

Stop asking us about it now, okay?

“Robert the Bruce: King of Scots” by Ronald McNair Scott
“A Great and Terrible King- Edward I and the forging of Britain” by Marc Morris
“William Wallace”- Andrew Fisher.