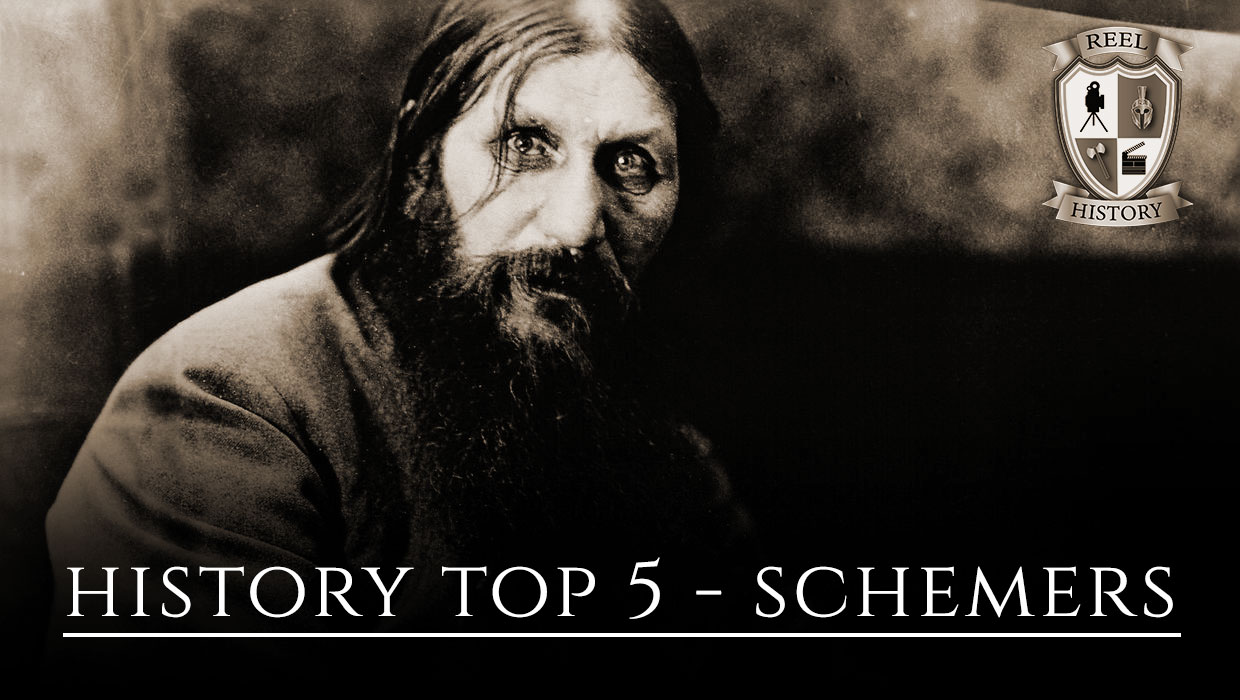 What’s this?! A Reel History spin off? A special feature? Well, whatever we’re calling it, we’re dropping one or two experimental episodes between seasons. We’ve been busy cooking up season 3 and it’s creeping closer by the day, so it’s well past time to start releasing these!

First off is a breakdown of the Top 5 Schemers throughout all of history. From lascivious to vicious and back again, listen to find out the true meaning of “Machiavellian”.

In the Season 2 finale we mentioned that we’d be doing 5 episodes between seasons but due to some audio issues – and the fact that we want to get Season 3 out as soon as possible – there won’t be five. There will be, like… one? Maybe two?? Either way, enjoy, and look forward to Reel History Season 3: coming soon!

In the wait for Season 3, in addition to screaming into the void about the lack of episodes, why don’t you entertain yourself by tweeting about the show (@reel_history), leaving us a review on Apple Podcasts, and telling a friend? Much appreciated and see you soon.