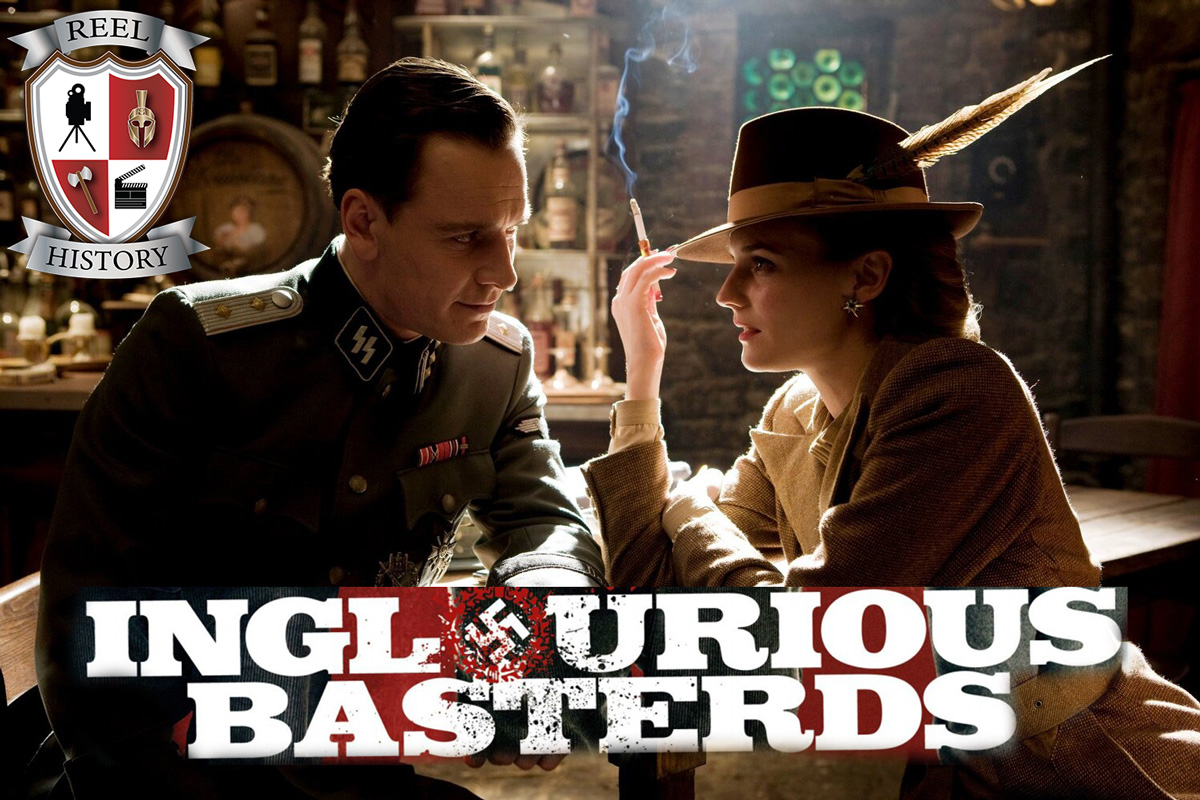 Join us as we focus our lens on a bombastic and brilliant tale of ‘a bushwhacking gorilla army doing one thing and one thing only – killing Nazis’. These memorable opening lines are spoken in the southern drawl of Brad Pitt’s Lieutenant Aldo in the alternate history war film ‘Inglourious Basterds’ (2009).🎥🍿🎙

Quentin Tarantino stamps his trademark style on this classic revenge flick set once upon a time in Nazi occupied France to the tune of David Bowie singing “putting out fire with gasoline”.

Expertly cast and shot, this film reels out several unforgettable, slow-boil scenes as we follow Jewish orphan Shosanna (Mélanie Laurent) on a quest for retribution, all while stalked by the ‘Jew hunter’ Col. Hans Landa – superbly played by Christopher Waltz. The plot thickens when Lt. Aldo’s rampaging crack troop of Jewish soldiers attempt a daring ambush of the Nazi high command in the very cinema where Shosanna plans her own revenge! 🔥🎞

Now none of this plot happened, and the film doesn’t pretend it did, but we thought it was a worthy excuse to dive into the real history behind the era!

We learn if such a boisterous band of Jewish fighters existed and why France fell flat as a crêpe to the Nazis in just a few weeks, then discussing the murky world of Marshal Pétain’s Vichy puppet state and the heavy toll paid for the occupation.

We find out how the fire of resistance exploded to form ‘l’armée des ombres’ as the battle for the soul of France was fought between General De Gaulle’s Free French forces and communist partisans who held two very different visions for the future of France.🧐

Sources:
‘Modern France’ by Jonathan Fenby.
‘Fighters in the Shadows’ by Robert Gildea.