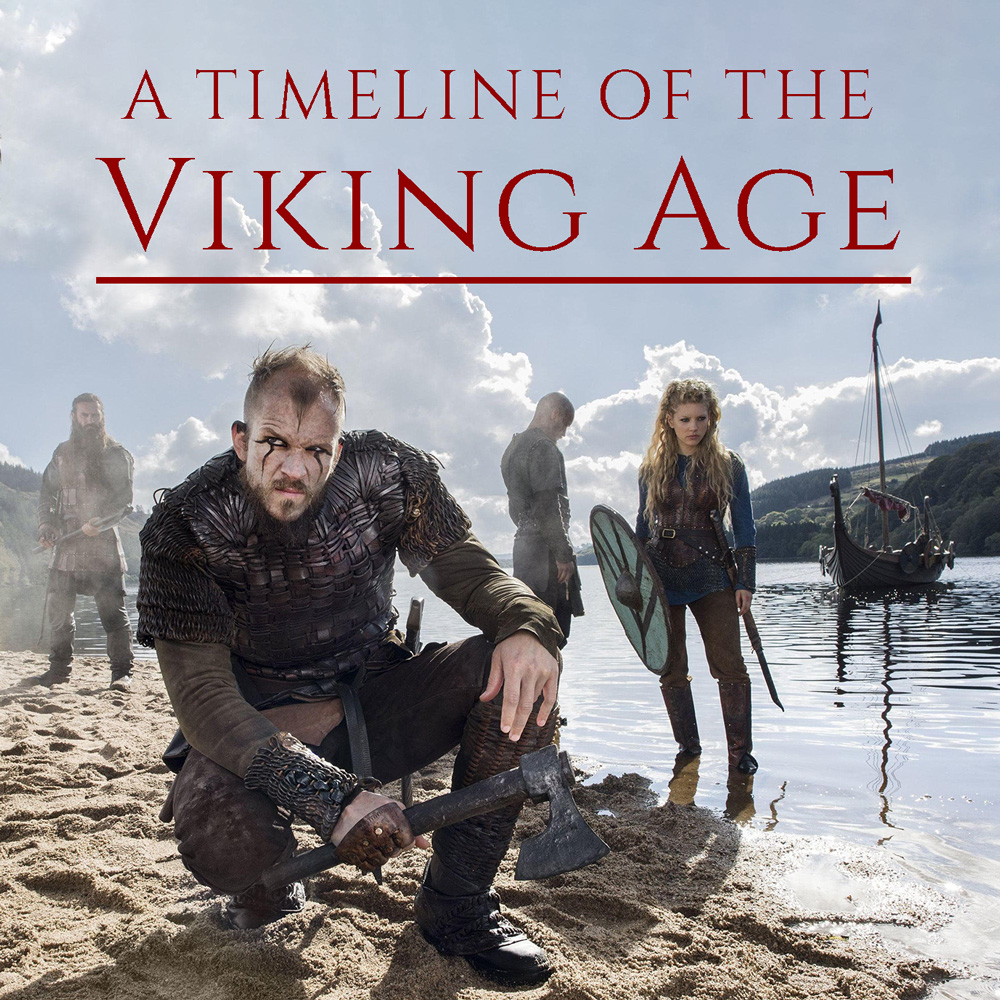 We’re halfway through season 3 of Reel History! This week we’re taking a deeper look at Vikings, using the TV show as a basis to explore the real history of the Viking age. In this second installment (out of three) we zoom through a rapid fire timeline, dropping in on key events that shaped the development of the Viking age.

Come along on a journey where Anglo Saxon kingdoms find some friendly and useful mercenaries to use against one another in their struggle for supremacy! Learn the truth behind the myths of Rollo the Walker and Björn Ironside, the little boy from Vikings who took a jaunt around southern Europe. Hear all about the foundation of Normandy (or should we say Northman-dy) and the origins of the word Russia.

We all know the bloodthirsty raider but, this week, let’s learn about the people from the north who influenced all of Europe and beyond; how languages and genes mixed, and how the blood of the north made it into the veins of kings, tsars and emperors alike.

We’ll return next time to talk about some of the remaining key characters from the show, not least Ragnar Lodbrok himself, as well as the end of the Viking age. Until then, please remember to leave a review and follow us @reel_history on Twitter!