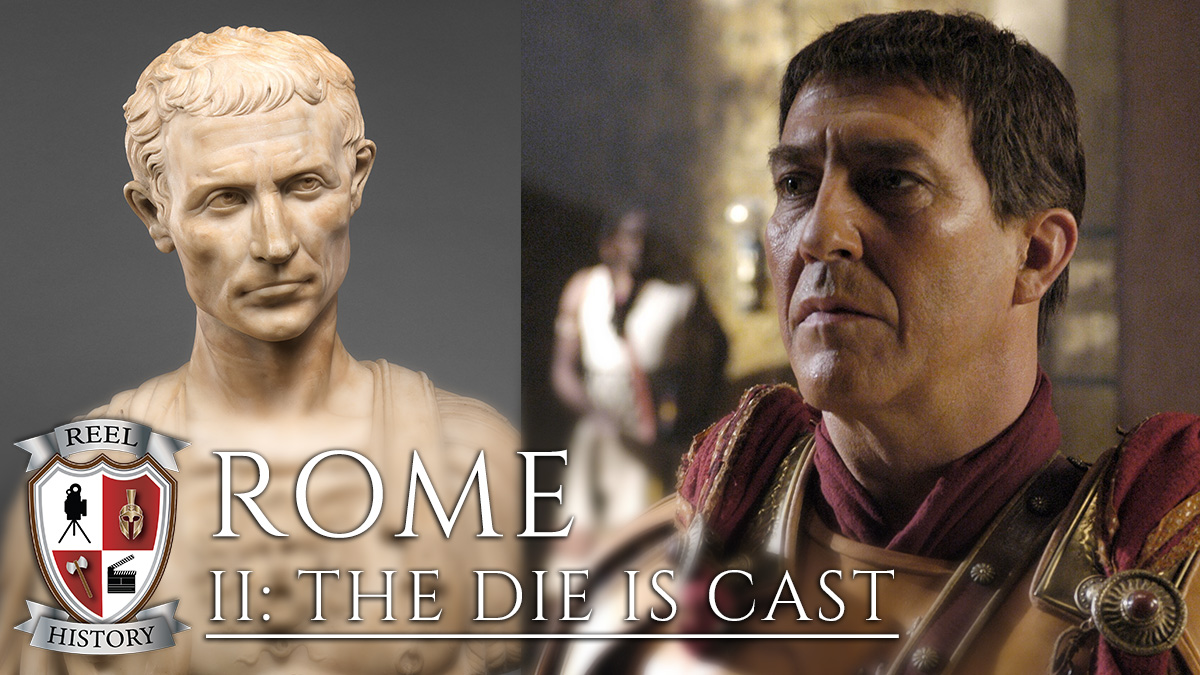 You’ve heard of Julius Caesar right? Sure you have, you don’t live under a rock. That’s a good start as our second episode on Rome covers the First Triumvirate. Caesar and his pals – history’s richest man Crassus and the swashbuckling Pompey the Great – came together to run roughshod over the ailing Republic. But who were they before they took political control?

We talk about the life of Julius Caesar from dodging a death order for refusing a divorce and racking up just a frankly extraordinary debt to adventuring around the Mediterranean and being captured by pirates. Rome’s most famous man about town; Caesar went from being the most talked about style icon among the youth of Rome to a general who committed genocide, wiping out a million people in his (illegal) Gallic Wars.

One part Jeff Bezos, one part Tywin Lannister, Marcus Crassus Dives was history’s first evil property baron. We discuss his role in propping up the political alliance that would ruin the Republic. From putting down the Slave General Spartacus to an ill-fated invasion of modern-day Iraq. This is the man who once said ‘you aren’t really rich until you can afford your own army.’

And not to forget the Republic’s military darling! Join us as we discuss why Gnaeus Pompey would be known to history as ‘Pompey the Great.’ Once Caesar’s greatest friend and ally (as well as weirdly his son-in-law…don’t worry about it), by the time of Caesar’s ascent, Pompey’s star was on the wane. Would the strain this placed on their friendship lead to a break? Was Rome big enough for the both of them?

It’s episode 2 of 4! Rome’s Republic was punch drunk from a century of civil strife and war. Would Cicero and the Senate manage to overcome the Gang of Three and restore democracy to the Eternal City or was it too late?

Illegal wars, intrigue, familial disputes and treachery. Caesar is at the Rubicon.

The lines are drawn. The die is cast.