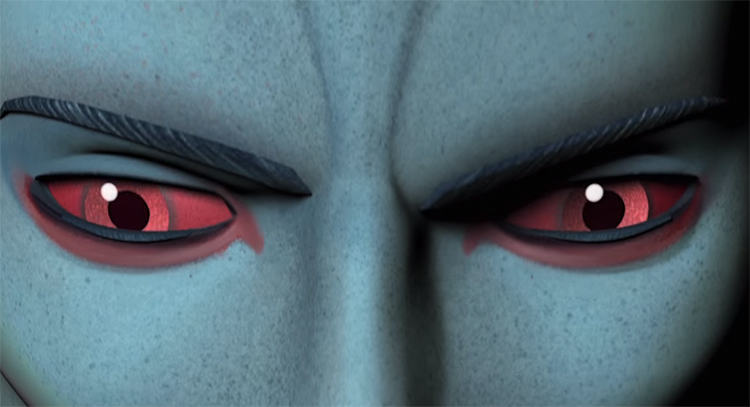 Ok, now full disclosure I have never watched Star Wars Rebels, I also never watched the Clone Wars show despite hearing good things and loving Star Wars. What put me off was the prequel time frame the shows covered and the animation style. I was done caring about the time frame before A New Hope and just had no interest. Two things happened today that completely changed my excitement level, they announced Grand Admiral Thrawn will be on the show and they released a pretty great trailer.

Admiral Thrawn is most famously known from the “Thrawn Trilogy” (“Heir To The Empire“), from the now deemed non-canon Star Wars expanded universe (EU). These books were essentially Episodes VII, VIII and IX until of course our new movie trilogy came along and snuffed them out. Thrawn Personally I didn’t read a ton of the EU books but I did read the Thrawn Trilogy and loved it, so I did relate on some level to a lot of fans out there that were disappointed when the EU was trashed. But today was a day of greatness! Not only is Thrawn going to be featured in the new season of Star Wars Rebels but a new novel is going to be released by Timothy Zahn the writer of the “Thrawn Trilogy”!

The trailer is below and even after never seeing an episode, I got chills and I got the reaction I was looking to get out of the Rogue One footage they released recently, suffice to say I am on board.